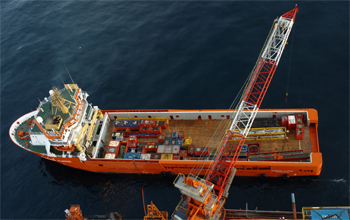 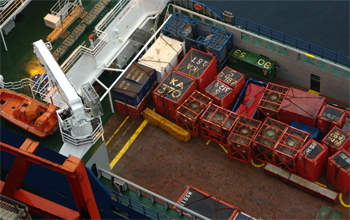 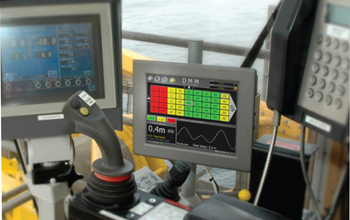 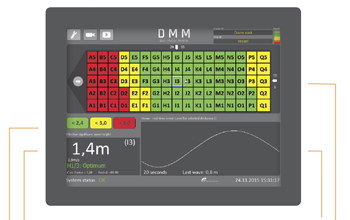 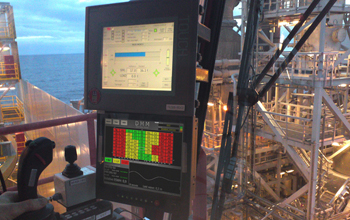 Using the DMM will significantly increase safety as well as operational availability to offshore lifting operations.

The traditional method, using wave buoys, radars or manual observation of the sea state, does not take any further consideration to the following:

• The accuracy of the estimated / measured Significant Wave Height (H1/3)

• The variation in wave type and period

• The variation in downward velocity at different deck positions

• The variation in shape, stability and loading condition of the vessel

By using the DMM all the above mentioned uncertain factors are eradicated. With the DMM system, the Vessel Officer and Crane Operator can make safe decisions based on facts.

The DMM consists of a master system onboard the vessel, and a slave unit installed in the crane. All the measurements and calculations are done in the master system, and transmitted wirelessly to the crane.


Approval of the DMM Method

Based on the DNV DMM Technical Report a recommendation for use was made applicable to the CEN / TC 147/WGP 5 on the 29.03.2007. WGP 5 is the Working Group within Technical Committee CEN/TC 147 Cranes – Safety, which has developed and also maintains the EN 13852-1 standard.